What is a Rage Room and Is Destruction Therapy for You? 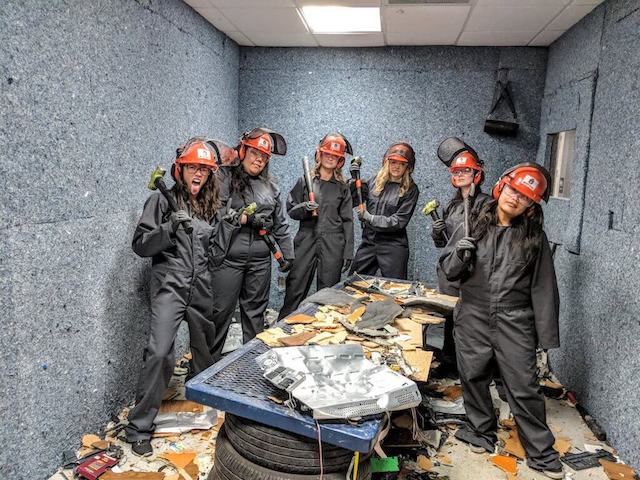 Rage rooms may be the solution for those of you who are feeling stressed or frustrated.

The concept began in Spain in 2003 and moved its way to the United States with several rage rooms offering destruction therapy opening in Texas, New York, California and now Las Vegas, Nevada.

It’s a new technique to manage stress and anger that has gained traction over the years. With more rage rooms opening in the United States, we’d like to share everything there is to know about destruction therapy and rage rooms to determine if it’s the right solution for you.

How Does Destruction Therapy Work?

The concept is also known as “DestructoTherapy.”  How it works is you go into a safe, supervised room with a bunch of items you can smash. You put on protective gear from head to toe with a safety helmet, glasses, gloves, coveralls, etc. Then they hand you a weapon of choices such as a sledgehammer, bat, golf club, pipe, or any object that can destroy things. Once you’re geared up, you can let all your frustrations out as you break each inanimate objects. The entire experience aims to help you get in touch with your anger and release it appropriately. Typically, most anger rooms offer a time limit in increments of 10 minutes.

You can enjoy your destruction therapy to any music you want such as the Beastie Boys, Classical Music, Rock, House, Techno, etc. Often, people choose the Office Space Song (The Still by Geto Boys) and decide to smash a printer.

With each glorious whack, you’ll slowly feel the stress releasing from your body, and a heavyweight lifted off your shoulders.

“A lot of people come in after a stressful day at work. By the time they leave, they’re smiling from ear-to-ear,” said Anna Guiao, owner of Sin City Smash, an anger room in Las Vegas, NV.

“You know what I do when I’m mad? I hit a pillow. Just hit the pillow. See how you feel.”
~ Billy Crystal, as a psychiatrist, tells client Robert Deniro, in the movie Analyze This.

According to Better Health, the long-term physical effects of uncontrolled or pent-up anger include increased anxiety, high blood pressure, and headaches. Moreover, when you don’t let your anger out, it may turn into a toxic and destructive human emotion that not only harms you but others as well.

If expressed appropriately, anger becomes a positive and useful emotion. Having rage is a natural feeling that offers us invaluable information about ourselves, which should always be explored and dealt with reasonably. It’s recommended to adopt long-term strategies to manage anger, which often include regular exercise, learning techniques to release your anger appropriately and counseling.

Destruction Therapy is a technique that helps you release your anger at an appropriate time and place. Rage Rooms provide a safe, fun environment for anyone who’s experiencing very normal feelings of sadness, anxiety, depression, stress and anger to release these feelings acceptably.

What Can You Smash in a Rage Room?

You can destroy electronic waste such as computer monitors, CPU towers, laptops, keyboards, printers, fax machines, TVs and any other electronics you can think of. Kitchen items like plates, bowls, bottles, cups, etc. Some rage rooms offer car smashing as well! Anything you can think of will most likely be breakable in an anger room.

There’s usually a Bring Your Own Box (BYOB) option where you can bring stuff from your home to break into the rage room. It’s a unique approach to waste management. Rage Rooms like Sin City Smash encourages you to bring your e-waste or anything smashable you’d like to get rid of and have fun breaking it at a local anger room recreational facility. You never have to clean-up. A team sorts through the wreckage to dispose of each item properly. No hazardous materials, liquids, flammable, ammunition, weapons or firearms, food items, and anything deemed to be unsafe will be accepted though.

Rage rooms like Sin City Smash become part of the waste management process. Many electronics are save from being left at the landfills. Each item is now repurposed for anger release activities and recycle the broken things to promote an eco-friendly initiative.

No Judgement & No Consequences

Have you ever become so angry that you broke something and felt terrible afterward?

It’s ok. We’ve all been there!

In society, destructive behavior has been deemed inappropriate. But, sometimes you just want to smash the crap out of your old TV, printer or destroy the ugly plates your mother-in-law gave you.

We have good news for you. Anger rooms promote a no judgment and no consequences environment where you can come in, break stuff and then leave. No questions asked. No consequences or clean up necessary. Everything is taken care of for you. A rage room is a place where you can go and take our your frustration on objects without negative repercussions. You can rage out as hard as you’d like because each room is safe, and the gear you have on will protect you.

But, Can’t I Just Destroy Things at Home?

Yes, you can. However, who’ll handle the clean up afterward? Let the professionals take care of the wreckage you make. They’ll also dispose of the junk in an environmentally friendly way, which can sometimes be time-consuming.

All you need to worry about when you’re in a rage room is to have fun and smash away!

People Who Rage Together, Stay Together

Destruction Therapy can be a solitary activity or something you do with others. A lot of rage rooms offer date night or party packages so you can break stuff with your friend, spouse, or even a co-worker! There is a sense of comradery that comes with breaking things together.

Many bosses’ acknowledge the amount of stress they put on their employees and have turned to rage room activities as a healthy team-building exercise. You and your team can finally take that printer that never works into a rage room and gives it a piece of your mind!

Corporate event planners have also turned to destruction therapy as a unique work event. For example, a car company can request to have their competitor’s vehicles brought in to be destroyed. It’s a great way to “smash the competition” while releasing any stress you may have associated with your work.

Anyone who’s been dumped recently can take their friends to the rage room to let out any anger, sadness or frustration together. People can print out pictures of their exes, stick them on objects and smash away! You can take advantage of the BYOB rate, which is normally lower, and bring in your exes stuff to wreck as well.

You can even hold a divorce party in a rage room. It’s an excellent way to say goodbye to your old, married self and welcome the new, happy and single you!

Who Shouldn’t Participate in Destruction Therapy?

Every anger management system works differently for everyone. The following people shouldn’t participate in destruction therapy:

Are you looking for a destruction therapy room near you?

Sin City Smash is a recreational rage room that offers destruction therapy in Las Vegas, Nevada. It’s one of the top things to do in Las Vegas. We offer different packages starting at $25.

Military and first responder discounts available with an ID. 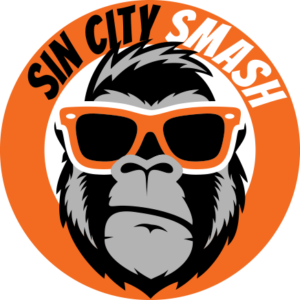 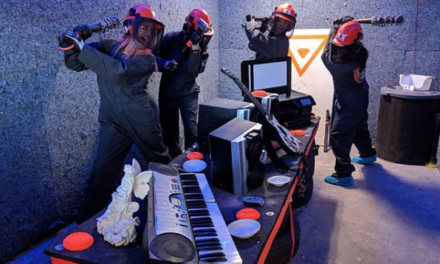 How to Plan the Ultimate Birthday Party

Why Does Destroying Things Feel Good? 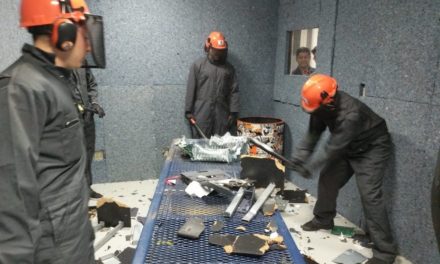 5 Reasons Why You Should Reduce Stress In Your Life 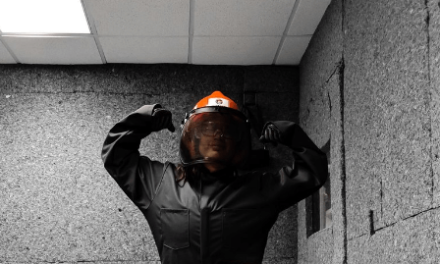 Ways to Deal with Anger