Let’s be honest. We’ve all done something violent, one time or another. Some people more so than others. But, even the most mild-tempered person in the world has his limits. If we reach that limit, the person may lash out.

For obvious reasons, society looks down on violence, so we try to avoid it. We curve that desperate need to physically release our frustration. We stomp it down, and hope that it’ll go away. However, bottling up our stress and anger can be unhealthy, if we don’t have a good outlet for it.

Some of us go to the gym or indulge in a hobby, but that doesn’t stop that aggressive pull we feel. Well, good thing they’ve invented anger rooms!

What Are Anger Rooms?

Anger rooms, or rage rooms as they are sometimes called, are controlled environments facilitated by specialists where people can smash, break, hit, and demolish junk (like old plates, broken laptops, and even TV sets if you get lucky) as a way to vent out all their pent up stress and tension.

It sounds fun because it is! All our lives we’ve been told not to break the dishes and to take care of our belongings. That heady feeling of doing something illicit mixed with a little bit of guilt just satisfies the wicked craving we have always tried to ignore.

But don’t be afraid to try it. Even if you’re going all out with your bashing and wrecking, you’re safe from getting hurt. Everyone who goes to anger rooms will be equipped with safety goggles, helmets, and special safety garments. Plus, anger rooms offer windowless rooms so you have all the privacy you need (and you can wreck in peace!).

Everywhere in the world, there’s always something to stress about. Today, we’ve got all these issues happening in a large scale and couple it with the personal problems we each face, no wonder a lot of people keep breaking down.

So we go on a break, a little vacation, every chance we get. And a lot of times, people go to Sin City. Las Vegas is the perfect place to just party and unwind with all the entertainment options this city can offer. But, if you aren’t the type of person who likes spending all your time inside a casino, dancing the night away in a bar, or you just want to do something new; well, there are anger rooms in Las Vegas.

"Anger" Room as a Stress Reliever

Don’t act so surprised! Anger rooms in Las Vegas exist because we know that many people would need a stress reliever. And breaking stuff counts as an awesome option! Problems can make you feel helpless. Here, you can imagine those pieces of junk as your problems and keep smashing them until their pulverized. Doesn’t that seem empowering? It’s not something you can get away with usually, and that adds to the appeal. By the end, you’ll feel so satisfied that you might want to buy another round.

"Anger" Room as a Great Exercise

Think about all the calories you can burn! A thirty minute session just swinging your arm around while breaking stuff would make you sore. Anger rooms require physical activity, that’s the point to them. So you also get the added benefit of moving your body around. You might even experience the same high you feel while in the gym or in a bar.

Anger rooms, Las Vegas ones or not, are fun activities to do, and they can be addicting. Sure, you’ll feel super satisfied after a session or two, but they’re only for good fun. If you think you’re having problems managing your temper, don’t self-diagnose and ‘treat’ your problems by regularly going to anger rooms. We recommend seeking professional help if this is the case.

Looking for an "Anger" Room Near You?

Sin City Smash is a recreational "anger" room that offers destruction therapy.  We've been named one of the best things to do in Las Vegas!

Military and first responder discounts available with an ID.

What Can I Donate?

How To Open A Rage Room 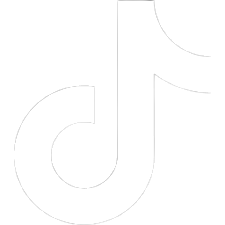